Our mission as a program is to create a healthy learning environment for our student athletes where they are encouraged to succeed while improving in the game of volleyball.  We will practice sound fundamental skills, positive coaching and foster strong relationships with our players and parents.  Coaches will be our tools to build a successful program.

Program Philosophy:
We will be students first.  We will respect each other, our coaches, the game and our opponents.  We will always give our best effort, hold ourselves accountable for our own actions and play as a TEAM.
We will be proud representatives of Bishop Blanchet High School. 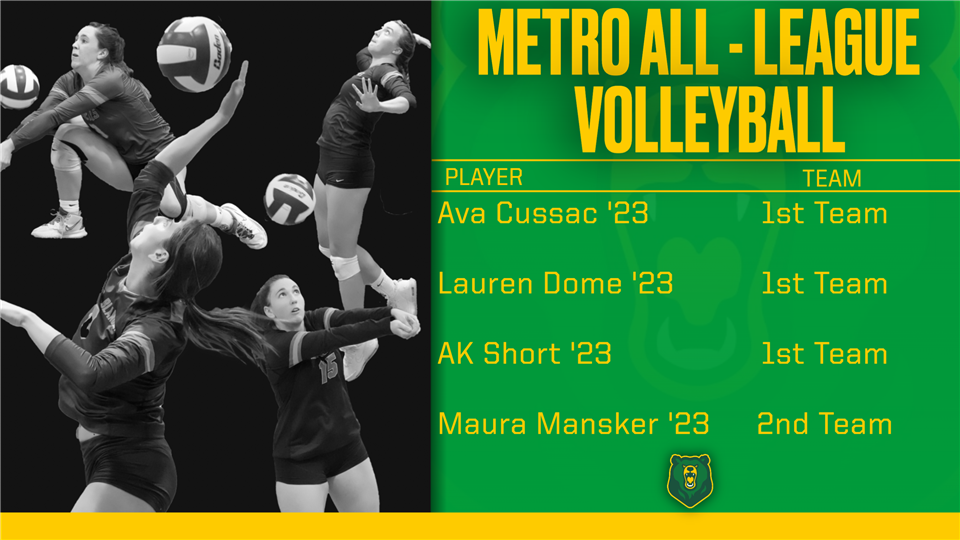 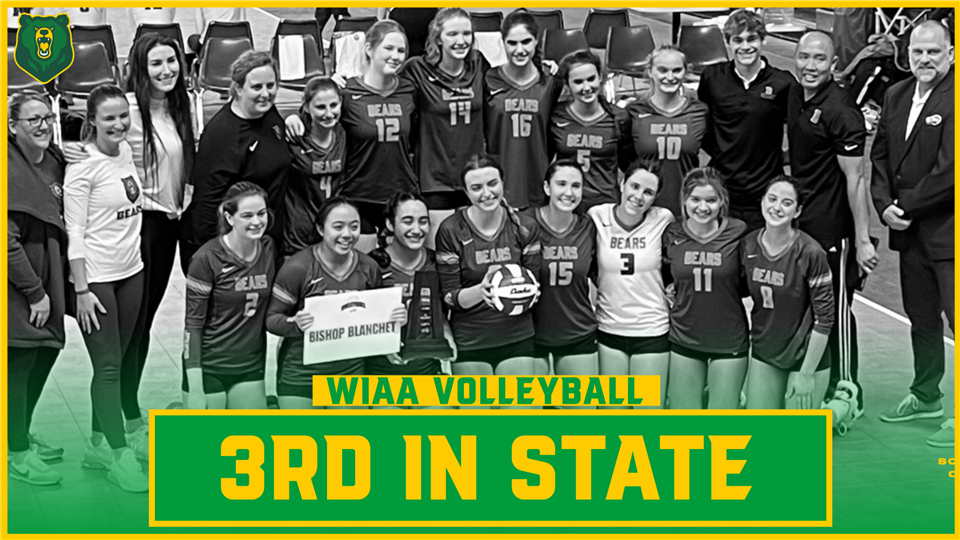 2022 Girls Volleyball Season Wrap Up
The girls volleyball team also had an unbelievable postseason. The team finished in the top 3 at the Metro, District and State Championship competitions.
The Bears beat Eastside Catholic in 4 games to finish 3rd in Metro. The Bears beat Seattle Prep in 4 games at Districts to finish 3rd.
At State, the Bears entered the tournament as the number 11 seed. The Bears defeated the #6 seed Snohomish in 4 games in their opening round match and faced off against the #3 seed Peninsula (who lost to Mead in the State Championship game last year as the number 2 seed). The Bears beat Peninsula in 4 games which earned them a spot in the final 4. The Bears battled a tough Mead team on Friday in their opening game, losing in 4. In their final game against Mt. Spokane, the team fought and stayed together and defeated a very good Mt. Spokane team in 4 games earning the team a 3rd place finish in State.
1 / 6